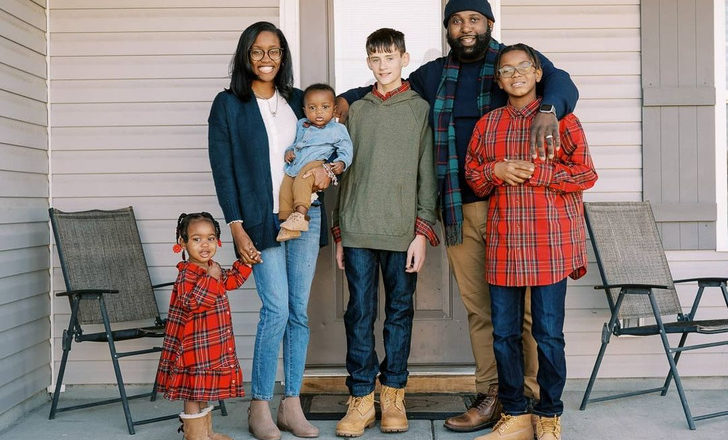 Kevin and Dominique Gill made the decision to provide temporary housing for certain children in need as they awaited adoption. When a little boy by the name of Andrew entered their lives, everyone knew that he was only meant to be there for a certain amount of time before moving on. However, it didn’t take long for everyone in the household to warm up to Andrew, and after two years, he was formally adopted as the Gills’ son.

The couple opted to foster children after realizing there was a great demand for it in the daycare industry.

Andrew, who was just 10 years old at the time and had just been got out from two facilities, was placed in Kevin and Dominique’s care in 2018. It was his 26th foster home overall. Andrew was not their first foster child; they had previously fostered children.

According to Dominique, things got off to a «difficult» start, but his family was determined to stick with him no matter what.

Andrew was supposed to be adopted twice, but neither time it worked out. 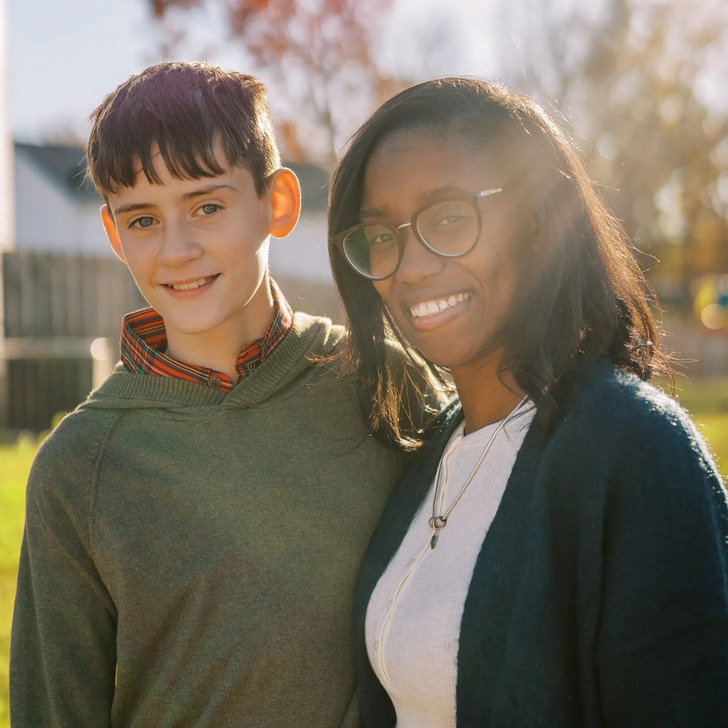 The Gills wanted to do everything they could to help the family who decided to adopt Andrew with any problems, because they knew how much he wanted a family. But that family decided that Andrew wasn’t a good fit for them, so the agency sent him back to the Gills.

Kevin and Dominique were worried about Andrew because they knew that this situation could make him more angry and cause him to act badly. But he was actually very glad to see them again. 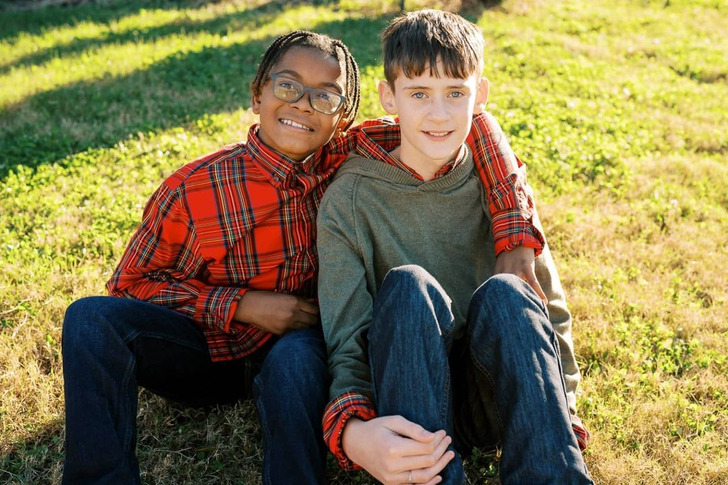 During that time, the couple already had one kid who was about the same age as Andrew.

After a period of three months, the parents and Andrew were informed that the adoption agency had begun an active search for other families who may be interested in adopting Andrew. During this time, Dominique was aware that Andrew was getting along well so far with her son Joc, and it was clear that the two of them missed each other when they were apart.

Dominique shared with her husband that she did not want to repeat the painful experience of letting go of Andrew and that her gut was telling her that the best course of action would be to adopt him. Her only worry was that Andrew did not make it clear that he wanted to be a part of the family for the rest of his life. 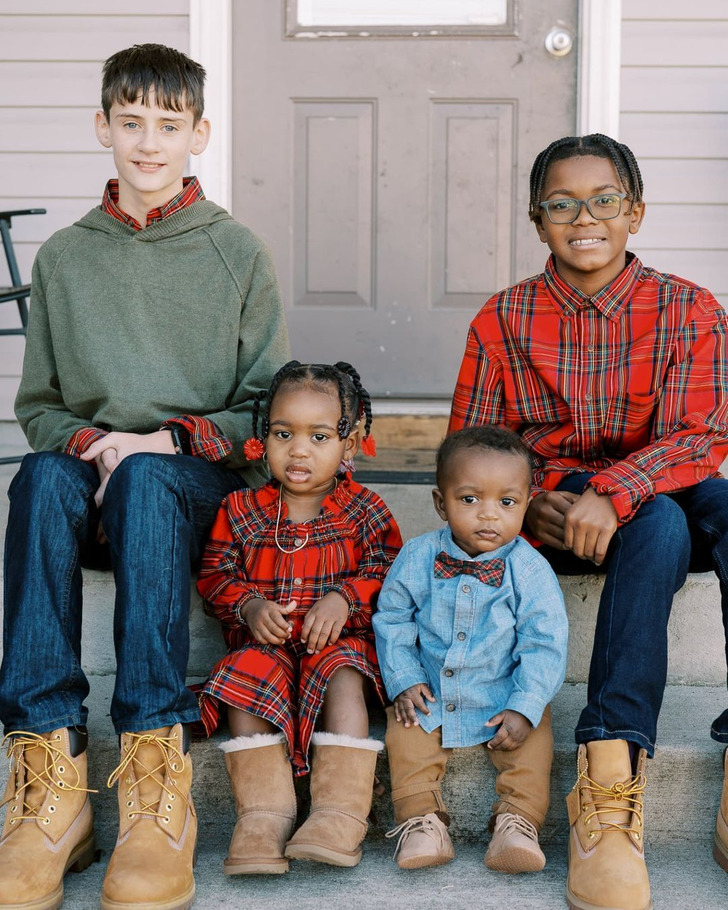 The couple came up with the idea to notify Andrew about his adoption via a symbolic gesture.

Out of respect for Andrew, Dominique wanted everyone to ask him if he wanted to join the family. She told him that he has seen many faces in his life, some of which were only temporary. She wanted him to know that he has a village behind him and that this family wouldn’t give up on him.

They took him for a walk with everyone in the park, and he was surprised to find out that the agency had been talking to the Gills the whole time. Since then, Andrew has found a loving family, and his best friend, Joc, has become his brother. 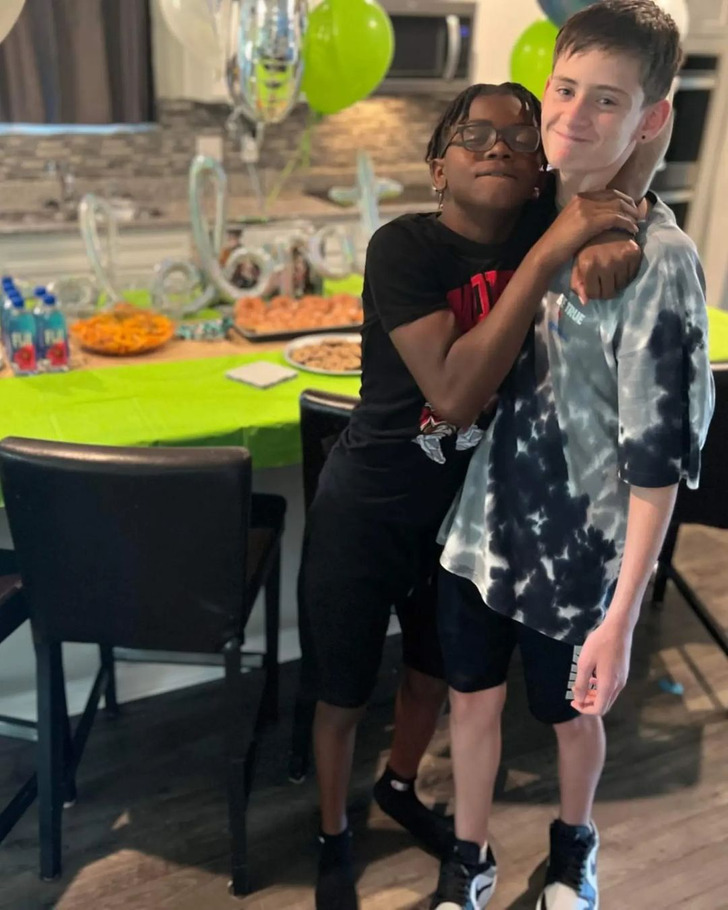 Andrew and Joc still get along well with each other. Andrew has been part of the Gill family for 4 years, and it’s been 2 years since he became their son. Andrew and Joc are now teenagers with their own interests, but they still like to play games together and their rooms are right next to each other. Their mother said that they are still «the best friends they’ve always been,» even though they have some differences.

Even though the family has to deal with a lot of social problems, they wouldn’t change their life for anything.

People think that Andrew is not with the Gills when they are out in public, or they try to start a conversation about how he could be their child. At school, Joc and Andrew had times when other kids didn’t believe they were related, so Andrew had to show them photos.

The family says that they treat all of their kids the same and with respect and dignity. No one is less important to them than others. They own 4 businesses, and while they want to support black businesses, they also want their white child to have the same opportunities as their other children, so they are willing to support any business. The family wants everyone to feel like they belong and are loved. 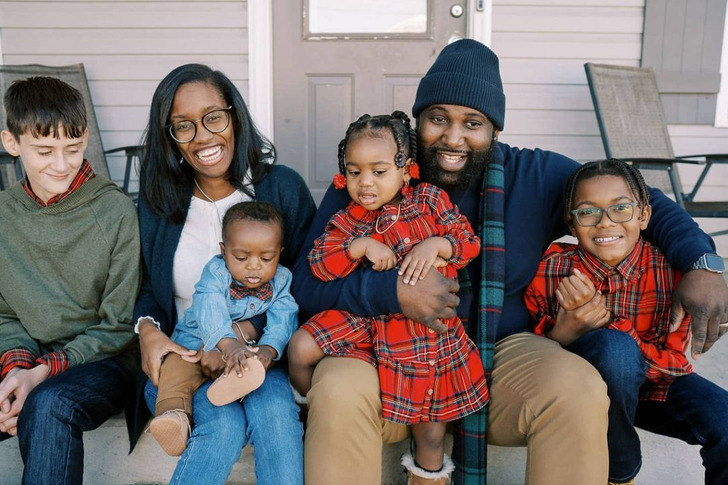 Do you know of any other stories that remind you that love comes in all shapes and sizes?