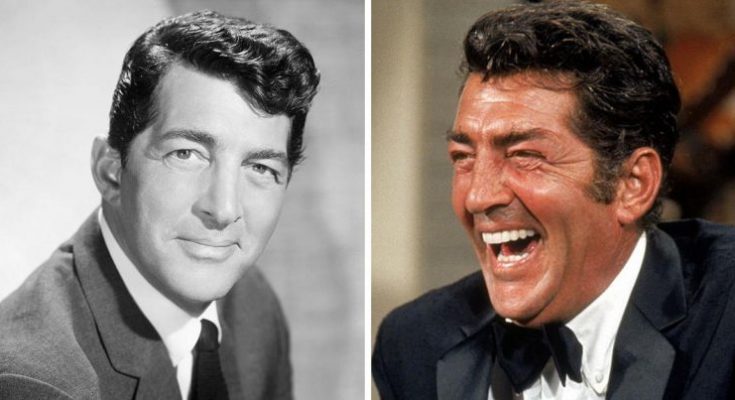 Dean Martin was born Dino Paul Crocetti and was an American singer, comedian, and actor.

He was often called «the king of cool.» He was one of the most popular TV stars of the 20th century. He became well-known when he and Jerry Lewis did comedy routines in nightclubs. Later, they moved on to radio shows, TV shows, and movies.

After he stopped working with Lewis, Martin went on to be an actor and singer on his own. «Ain’t That a Kick in the Head,» «Memories Are Made of This,» «That’s Amore,» «Everybody Loves Somebody,» and «You’re Nobody Till Somebody Loves You» are some of his most famous songs. Martin is a well-known member of the Rat Pack, which included Frank Sinatra and Sammy Davis Jr.

Martin started his own TV show in 1965. It was called «The Dean Martin Show,» and it ran until 1974. The show was a variety comedy show on NBC. Martin and other musical artists performed solo, and there were also some good jokes. He was the host and roastmaster of «Dean Martin Celebrity Roast,» a show that made fun of actors, politicians, and other famous people, from 1974 to 1984.

Martin was a family man outside of his famous career and time with the Rat Pack. He was married three times and had eight kids over the course of his life.

His daughter Deanna has revealed details about her father’s life and addressed several long-standing rumors. Continue reading to discover more about Martin’s childhood, professional background, lesser-known personal information, and how he interacted with his kids. 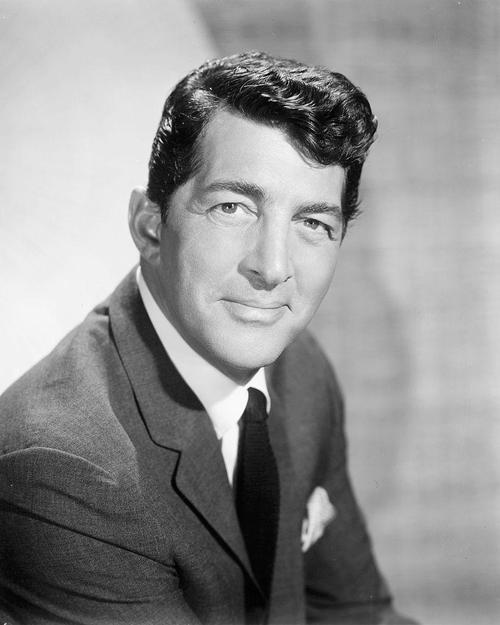 He was born in Steubenville, Ohio, on June 7, 1917. His father, Gaetano Alfonso Crocetti, was an Italian native of Montesilvano, Abruzzo. Angela Crocetti, an Italian-American, was Martin’s mother. Martin learned to speak English at the age of five; he grew up speaking Italian at home with his family. He said to have been laughed at at Steubenville’s Grant Elementary School because of his weak English proficiency.

In the tenth grade, the star of the show dropped out of Steubenville High School, saying he was smarter than his teachers. Martin worked as a welterweight boxer, a blackjack dealer in a speakeasy, and at a steel factory before going into show business. When he was 15, he started boxing professionally under the ring nickname «Kid Crochet.» He allegedly competed in 36 fights in all, winning 25 of them. He cracked his nose while boxing, which he had surgically corrected when he was in his late 20s.

When Martin’s brief boxing career came to an end, he started working as a croupier and roulette stickman in an illegal casino. He was also performing with nearby bands at this time under the stage name «Dino Martini,» which he adopted after the Metropolitan Opera singer Nino Martini. He started singing for Cleveland bandleader Sammy Watkins in 1940, who is credited with suggesting that he change his name to Dean Martin.

Martin started singing in New York City in the fall of 1943. Soon after, he was called up to serve in the military during World War II. But after 14 months, the Los Angeles Times reports that he was dismissed due to a hernia. 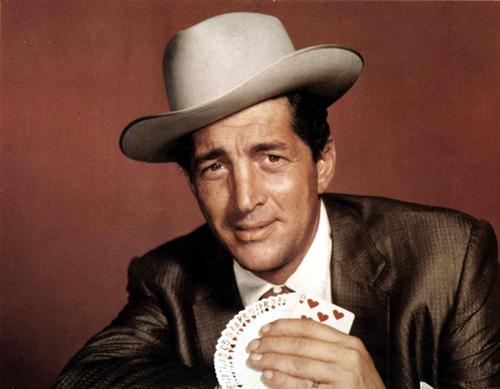 Martin met the comedian Jerry Lewis at the Glass Hat Club in New York City, where they were both performing. They liked each other’s work a lot. They became fast friends, and eventually they made music and comedy together as Martin and Lewis. The group was together for almost ten years before they broke up in 1956.

Even though they broke up, the two men stayed friends. Deana, Martin’s daughter, told Fox News in 2017: “They stayed in touch. My dad loved Jerry, and Jerry loved my dad. After that, I think Jerry would have liked to be closer, but my dad was always working or playing golf.”

Martin could sing well, but he had never learned how to do it properly. Deana wanted to take voice lessons, but her father was against it. Deana remembered that he asked, «Why?» Do you want to sound like everyone else in the choir?’ I thought, «That was strange.» «First of all, get your own, find your own voice,» he said. Look at how you’d like to sing. You can get a voice coach later if you want to get better at it, but for now, just sing from your heart.'»

Even though he hadn’t been trained, the singer joined the famous Rat Pack. Martin’s singing talent came from instinct rather than intellect. Deana told Fox, «It was really Frank Sinatra who turned on the light for me.» «I asked Frank, ‘How do you do it? He said, «Oh, I push from my diaphragm by taking a big breath, and I can tell before a note comes out whether it will be on pitch or not.» I said, ‘Really, does my dad do that?’ «No, he doesn’t know what he’s doing,» he said. He just does it.'»

Martin always worked hard, and he taught his children to do the same. Deana remembered him telling her, «If you want a job, show up early and on time. Hit the mark, know all the words, and sing from the heart.»

In 1941, when Martin was still living in Ohio, he married Elizabeth Anne «Betty» McDonald. Craig, Claudia, Gail, and Deana were the couple’s four children. In 1949, they decided to get a divorce, and Martin got custody of the kids. He was a very caring and loving father who could sometimes be a little strict. 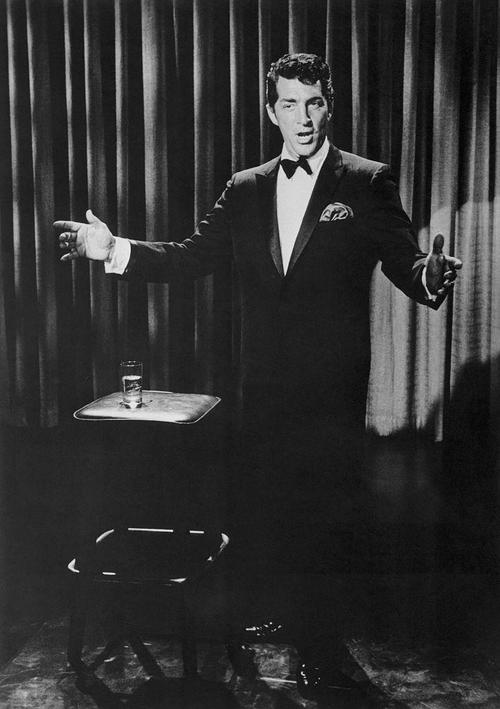 Deana laughed as she said, «He was an Italian father. ‘These are the rules,’ he’d say. ‘You make your bed in the morning and clean up. After school, you go straight home, do your homework, and are ready for dinner on time. This is the end. There’s the door if you don’t want to follow those rules.’ I would say, ‘Dad, I’m 9!’ He’d tell us, ‘Come on! Rules are rules!’”

Martin taught his children good values and how to treat everyone the same. «And my dad could be with the queen of England or with the guy who drives the vegetable truck. He was happy with both of them, and everyone liked him. And that’s how he taught us to be, just to treat everyone with respect and be real… Just be kind,» Deana said.

People have a lot of common misconceptions about Martin, but the truth is that he put his family before anything else. Deana told the Los Angeles Times that he would always be home for dinner. «When he got home, he and mom would go to the bar and have their one drink. He was kind. Everyone had a totally wrong idea of who he was.»

Deana also said that there was a lot about her father that people didn’t know. «He did not drink that much. People ask me after my shows, ‘How could your dad do so much work when he was always drinking?’ It’s funny.  Because that was his trick! People always thought that, so I guess he was a good actor. It gives me a chill when they say that, and I still have to set things straight.» Martin actually drank apple juice on stage. 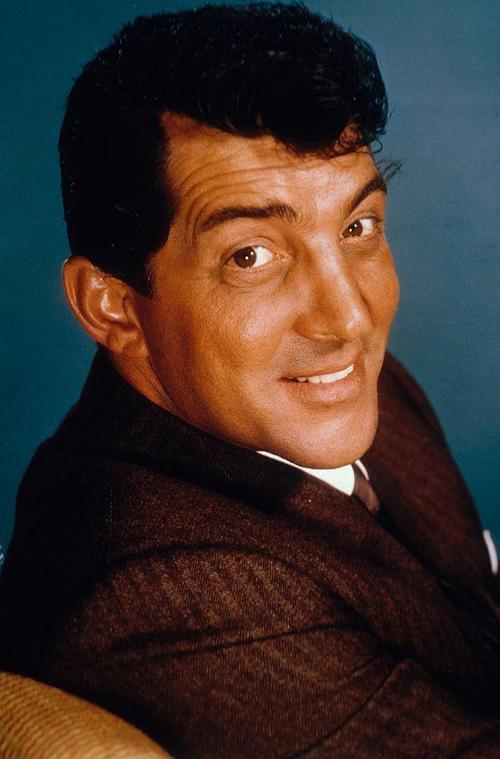 Martin’s top priority whenever he was in town was to go home to his family. Deana has shared a lot of information about her father, including the fact that he places a strong emphasis on traditional family values.

When Fox asked her for some lesser-known facts about her father, Deana said, «They probably don’t know he was claustrophobic. He never wanted to go in an elevator. So when he went to hotels, like the MGM Grand, his suite always had to be on a low floor so he could just walk up the stairs.» It is said that Martin called elevators «little coffins» and avoided them at all costs.

Martin also cared a lot about golf, at least in his later years. «This one is well-known, and he loved to play golf. He would go to bed early just so he could play golf first thing in the morning. He told me, ‘Deana, the reason I work so hard is so I can play golf with you and all the other kids.’ He used to be a scratch golfer,» Deana said. 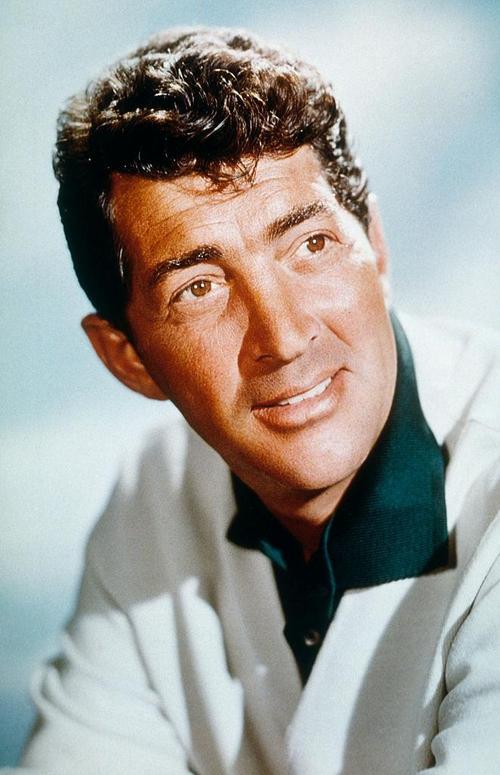 Martin was the kind of person that everyone, even his peers, looked up to. Deana said, «Elvis Presley looked up to my father. I remembered meeting Elvis. He told me that my dad was the coolest person in the world. I’ll always remember that.»

Martin’s daughter told another story about how her father met famous people. «My dad went to a party where Paul McCartney was,» she said. «He walked up and said, ‘Hi John, it’s nice to meet you.’ Paul said, ‘I’m not John, I’m Paul McCartney.’ Dad said, ‘I call everyone John.’ He came home and told me this. I was like, ‘Dad, you’re embarrassing me!'» 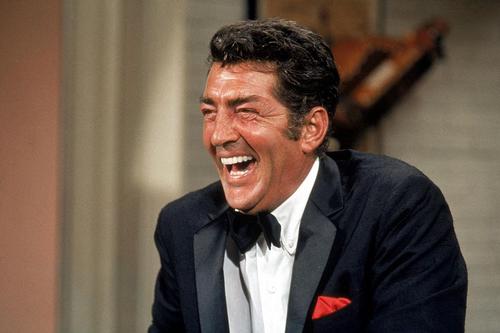 On Christmas Day 1995, Martin died of acute respiratory failure caused by emphysema. Deana said: «I always think about my dad, what he went through in his life, and how the world has changed. He was a kind, nice man who just got up and did his thing.»

In his own words, Martin is quoted saying this about his legacy: «I want to be remembered as a damn good entertainer, nothing spectacular. A good performer who made people have fun and laugh a little bit. I want them to say, ‘He was a good person. He did pretty well, and we loved him.'»

The talented performer is remembered on the Hollywood Walk of Fame. People remember him as a great father and for what he did for the entertainment industry. 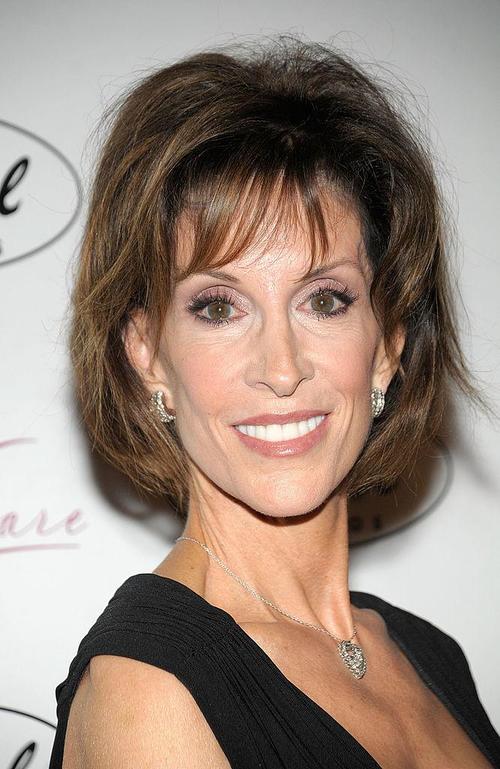