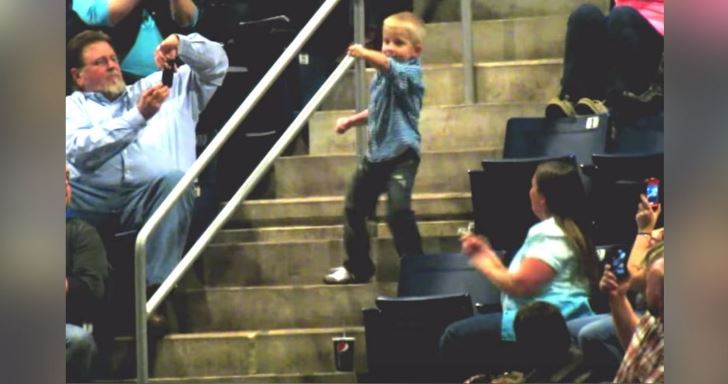 Who doesn’t like going to concerts, particularly when there are great ones happening right in their own backyard? Each year, millions of music fans make their way out to see their favorite bands and singers perform live.

Some people are willing to pay a lot of money in order to watch their favorite artists play live, and they do all they can to be as near as possible.

There is a certain enthusiasm that unites people as they wait impatiently for the concert to begin, no matter what it may be—rock and roll, western, hip hop, or any of the countless other genres. 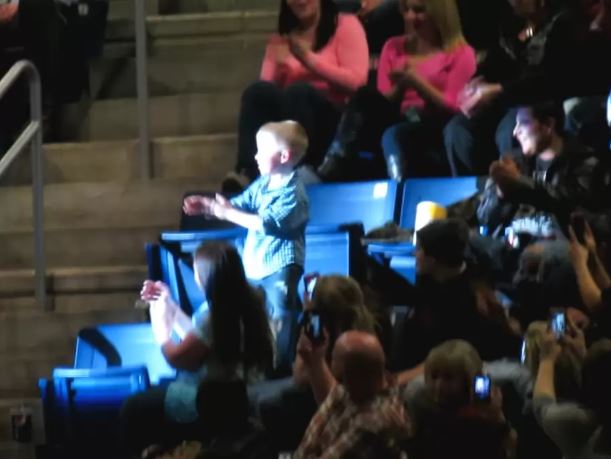 Before the concert starts, loud music is played to keep the crowd alive and energized. There are also cameramen who look around the crowd and put people’s faces on huge screens. This makes the people feel unique in some way or another.

They look for those who have distinctive clothing and who seem to be very enthusiastic about the event.

The camera will also sometimes catch kids doing their own thing. Just like this young man who steals the show. 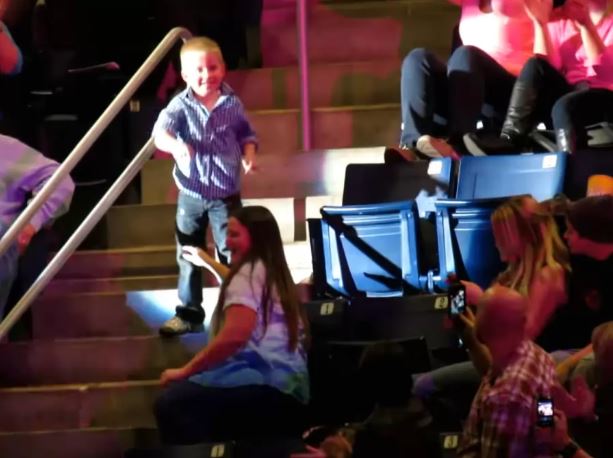 He is not shy about showing off how well he can dance. The child doesn’t care who is around him. What’s important to him is being able to dance right at the stairs.

It’s a good thing that his mother is keeping a careful watch on him and taking steps to prevent him from falling. 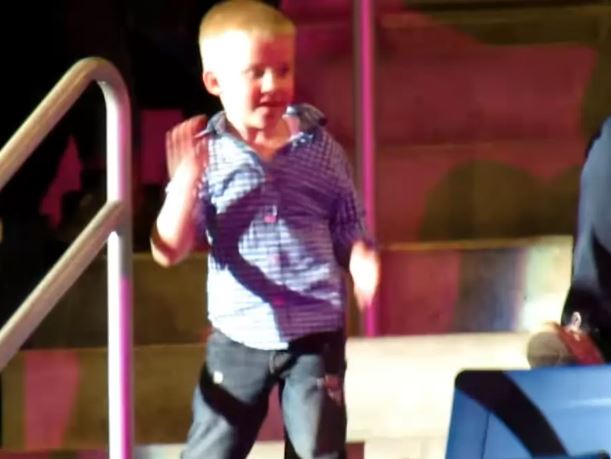 His mama is not stopping him.
She fully encourages what her son wants to do instead. Who wants to ruin a child’s pure joy, after all?

The audience cheers enthusiastically, loving the boy’s self-confidence and finding the boy’s performance funny. Many people are recording the little man.

As the crowd applauds for him, he even does additional dancing for them. The audience is applauding along to the music as the kid plays.

It’s probably one of his favorite dances that he learned at home, and he can’t wait to show it to so many people.
Because of this, he can’t just sit down and stop dancing. He might not remember this moment, but when he’s older, he can watch videos of his performance and remember when his parents took him to a concert. 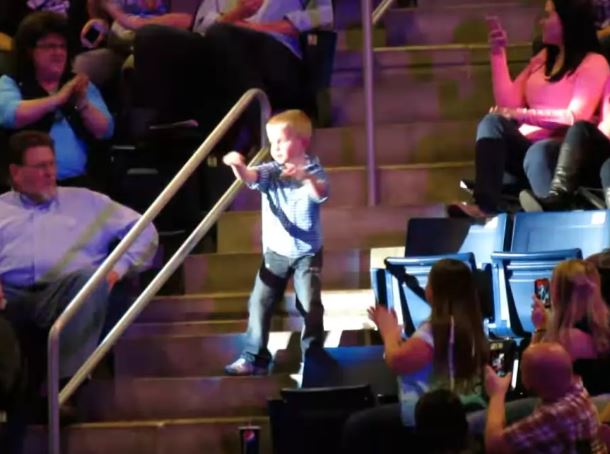